Alex Cohilas serves as the City Manager for the City of Hampton.  With a population of 8,000 citizens, the City of Hampton is becoming a City of rising prominence, located in the Southwestern region of Henry County.  Mr. Cohilas is in his first year with the City and oversees the daily operations of City of Hampton government as well as management of the city’s utility services. Cohilas reports to the Mayor and a six-member council.

Cohilas is currently pursuing his Certified Public Manager’s certificate through the University of Georgia’s Carl Vinson Institute and has multiple certifications through Georgia’s Public Safety Academy, including Emergency Management Director, Fire Chief, Chief Officer and EMT, and is a graduate of the University of Maryland Staff and Command Course.  Cohilas also has a strong background in employment law, having worked for seven years as an investigator for one of Georgia’s premiere employment law firms specializing in age, race and sexual discrimination cases.  In addition, Cohilas studied construction management at Atlanta Technical College.

Cohilas enjoys his family, friends, sports, motorcycling, travel, reading … and not always in that order. 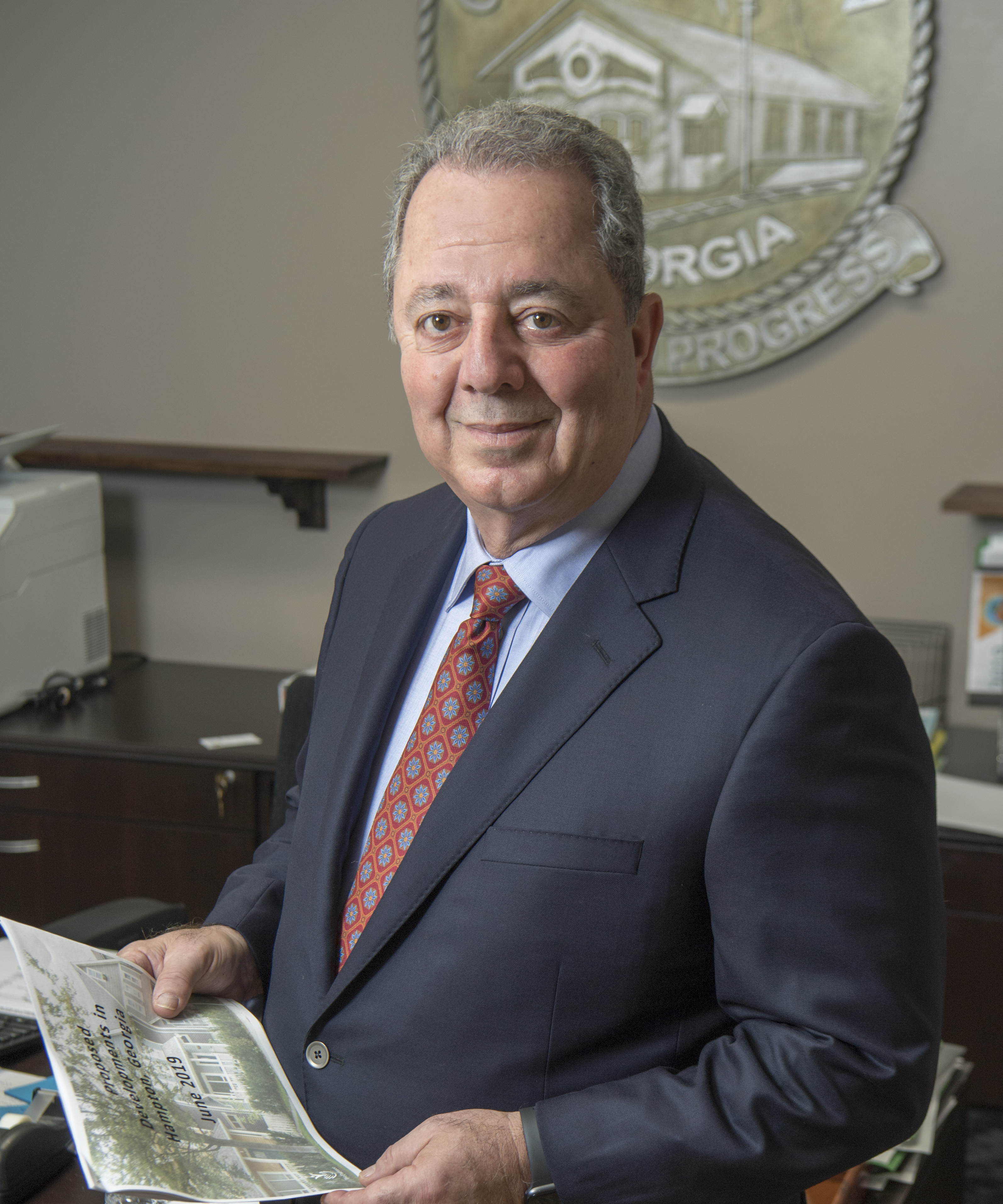 Submit a Request
Connect With the City

Things to Do
Learn About Hampton